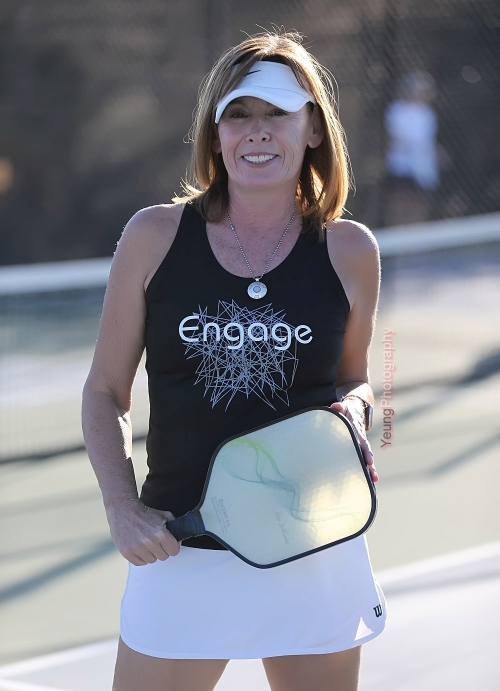 Gigi began playing pickleball in 2011 and worked her way through the various skill levels to reach the PRO level in 2013. In 2013 she won both events in the first-ever professional Tournament of Champions with the biggest prize purse ever paid out at that time for a Tournament.

She won the 2017 US Open Women’s Doubles Age 30+ Champion, 2017 US Open Senior Pro Women’s Doubles Champion, and the 2017 USAPA Women’s Open Senior Champion. Also, Gigi is a six-time US Open Champion and twelve-time Nationals Medalist. Gigi has medaled in all the major tournaments since 2011. She is a five-time International Champion including Canada, Finland, and The Netherlands.  In 2021 Gigi was inducted into the Pickleball Hall of Fame.

When she is not playing in tournaments around the country or world, Gigi spends her time teaching and coaching as a Certified International Teaching Professional. She is a volunteer teacher who instructs pickleball in the local Dysart High School District. In addition to being a top-level Pickleball Pro, Gigi is also a USAPA Ambassador and a USAPA Certified Referee. Gigi is a member of the Engagepickleball Pro Team.